Innovation and spending for cancer research continue to grow

No disease better reflects the cutting-edge of modern medicine more than cancer.

Ongoing advances in immunotherapies and targeted therapies have resulted in new specialty medications entering the market at an accelerated pace in recent years. However, this ever-expanding arsenal of new drugs comes at a high cost as U.S. spending on cancer drugs has doubled since 2012, reaching almost $50 billion in 2017.1 The majority of this spending is concentrated among relatively few of the hundreds of approved cancer medicines.

The prices for new cancer drugs far outpace those for established treatments such as hormonal therapies. Of the 14 new cancer drugs entering the market in 2017, all had a list of price greater than $50,000 annually, with a median price of $150,000.1

One reason for the increased cost is the new emphasis on specialty medications for cancer. The complex nature of cancer seems to reinforce increased spending through the broader use of biologic drugs and medicines receiving orphan drug designations. By 2018, specialty drugs accounted for 97% of cancer drug claim costs despite being only 18% of claims volume.2

Historically, we have referred to cancer as a single disease class. Today, this approach increasingly is out of step with the complex reality of cancer. Recent research has shown that cancer is not just one disease but actually an array of more than 100 different diseases. “Cancer” simply refers to cells that are rapidly dividing and multiplying out of control.3

Each cancer comes with its own list of characteristics, risk factors, causes, and treatments. Although much progress has been made over the decades in treating cancer, this progress varies greatly according to the type of cancer one has.

This proliferation of categories is the driving force behind the extraordinary growth in cancer treatments. In addition to radiation oncology and surgical options, drug-based treatment options have long included chemotherapy and hormone therapies. More recent treatment options employ a wide variety of highly targeted actions.4 These include:

One increasingly prominent class of cancer drugs are the checkpoint inhibitors. There are now six kinds of checkpoint inhibitors; they work by targeting two types of proteins which are found on the surface of cells, and are used by cancer cells to hide from the body’s immune system.5

The evolution of the first approved checkpoint inhibitor drug, Keytruda® (pembrolizumab), is instructive. Since it was first approved in 2014, the number of indications it is approved for has risen consistently. This rapidly-expanding list provides one clue to the steep rise in spending for cancer. Keytruda sales rose to $7.1 billion in 2018, an 88% increase over 2017.6 Another checkpoint inhibitor, Opdivo® (nivolumab), tallied sales of $7.5 billion in 2018.6

Elsewhere, a different type of immunotherapy known as CAR-T therapy is also exhibiting efficacy for cancer treatment -- at a cost of $475,000 for a one-time dose.7 While CAR-T is currently only approved for limited indications, that may change soon. Drug makers are hard at work on a wide range of potential applications for this costly technology.

One long-established practice is to define cancers primarily by the area of the body in which they originate (i.e. lung cancer). This is now evolving as we increasingly sub-classify cancers according to their underlying biological or genetic factors.8

Improvements in genetic sequencing technologies are revealing a great deal of diversity between subpopulations of cancer cells within individual patients.9 Accordingly, the use of biomarkers is helping to redefine cancer more precisely, and leading to more targeted therapies and changes in the way drugs are developed.10 This has implications for both patients and payers.

Targeted therapies work because oncologists now can search for biomarkers in a person by biopsy, blood, or bodily fluids to get a better sense of the cancer they are seeking to treat. For example, about one in five breast cancers involve a gene mutation that makes an excess of the HER2 protein, which promotes the growth of cancer cells. Testing for that mutation can help determine treatment options that specifically target HER2, which are very effective.11 In fact, many insurers require such a test prior to treatment.11 Yet while the advantage to more precise profiling is more precise treatment, the disadvantage is a more fragmented market for cancer drugs.

We can see the effect of increased precision in the way it impacts how drugs are approved and priced. As the market for cancer is further subdivided, many of the drugs being developed are targeted toward much smaller populations. For example, of the 14 new active substances launched in the U.S. for oncology in 2017, 10 received Orphan Drug designation from the FDA.1 Orphan drugs are those that are aimed at diseases with fewer than 200,000 affected persons.12 We know that diseases with very low numbers of potential patients correlate strongly with high treatment costs.

In addition to Orphan designation, most of the new drugs approved in 2017 received the Breakthrough Therapy designation, which is designed to speed up the FDA approval process.1 While these expedited processes do get therapies to patients faster, it also means that many of these drugs are approved with limited evidence for their efficacy.13

This trend of expedited drug approvals can have real world consequences. In April of 2019, drug maker Eli Lilly said it was withdrawing its drug Lartruvo® (olaratumab) from the market.14 Designed to treat soft tissue sarcoma, a rare type of cancer impacting the connective tissue of the body, Lartruvo was approved in 2016 based on data from a single clinical trial involving 133 patients. Eli Lilly decided to pull the drug after a Phase 3 clinical trial demonstrated that Lartruvo did not improve patient survival compared with controls.11

While the case of Lartruvo is exceptional, it does illustrate the importance of prudence as costly new drugs enter the marketplace. Perhaps a more subtle threat from the flood of new cancer treatments is that they tend to drive out perfectly good existing treatments.

A recent study concluded that FDA approval doesn’t automatically make a new drug better than the treatments doctors are currently using.15 “Although anticancer drug approvals are increasing, a proportion of these drugs are reaching the market without proven superiority to what is considered the standard of care at the time of patient enrollment in pivotal trials,” the study states.

With these considerations in mind, what does the future of oncology treatment hold? One certainty is that the number of available oncology treatments will continue to grow. There are currently more than 700 oncology drugs in late stages of development.1 This number represents a 60% increase from a decade ago, as cancer drugs continue to represent a larger part of the overall drug pipeline.

The pipeline also indicates that cancer treatment will continue to become more personalized as the use of biomarkers increases. Moreover, immunotherapy-based treatments now comprise a significant share of the oncology pipeline. To the extent that these highly specialized drugs continue to outpace the overall cost of the already expensive specialty drug class, they will also continue to accelerate spending.

Given this proliferation of new and expensive treatments for cancer, an independent, clinically based formulary design process is essential. The OptumRx Pharmacy & Therapeutics (P&T) Committee is comprised of independent physicians and pharmacists who evaluate existing and emerging drugs based on scientific evidence and review and appraise those drugs in an unbiased and evidence-based way.

Once the P&T Committee has identified oncology drugs that are clinically effective and should be covered, OptumRx uses a variety of management tools and strategies to help manage costs. For example, Optum Specialty Pharmacy's oncology-specific program was developed to meet the challenges of treating cancer. This holistic care program delivers a best-in-class experience for cancer patients while delivering a reduction in total cost of care. 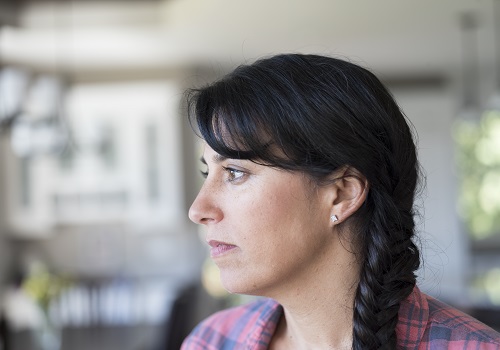 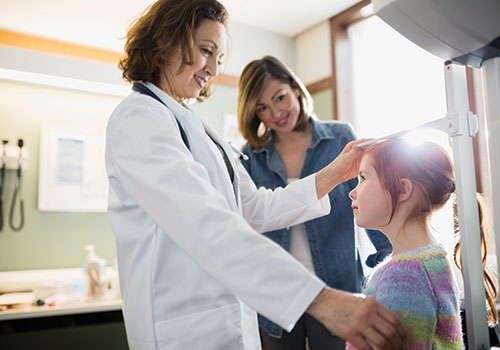